Last week one of my friends wife come back from US and brought some bar magnets to me. Hence i will able to apply them on some of my projects, at last. 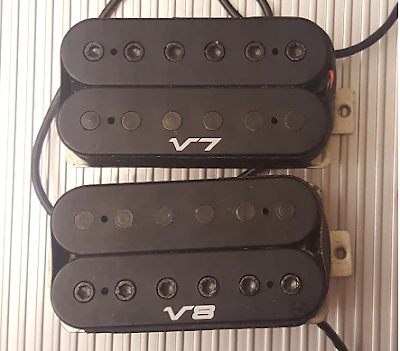 First of all, i was not happy with the pickups of my last “new” guitar; Charvel Model A (made in Japan, 2002) which has Seymour Duncan Livewire Metal (LWM) set. They are truely “Take No Prisoners” kindo metal humbuckers and this is not my mentality. I love versatile humbuckers; pickups that you can control, alter, rule shortly by changing the switch position, by volume knob or even by your picking intensity, you know what i mean. Those LWM set is, on the other hand, awesome if you play in a death metal , black metal, doom, stoner rock kind of band. They are hot, in-your-face, way too powerful and can cut even the densist mix. Next thing you know, they are too compressed and dark for me. So i need to swap them. But what should i pick? I had some humbuckers which has a potential from my other guitars so i decided to use them instead of affording a new set.

The first pickup to use is the one that doesnt need manipulation is Gibson 490T. It actually is a bridge pickup and has around 8,5K dc resistance value and alnico 2 magnet. Kind of PAF. I decided to use it on the neck position. As a consequence i need slightly hotter humbucker than 490T for the bridge position.

Best option for me seemed Ibanez V7 that i had one from my 1992 RG550LTD. Anyone familiar to Ibanez RG guitars knows something about V7/V8 set, i think. Ibanez installs them on some of their flagship guitars like RG550s for years. And i literally don’t like them; not even a slightest. Because they are always TOO MUDDY for me. But i believed the potential of V7 as a bridge hb (just like V1). The data of the V1, V2 and V7, V8 can be presented here;

Photo is taken from jemsite.com

My V7 has slightly above 9,5K dc resistance value and thin ceramic magnet. I assume it has been wound by using AWG42 wire but not sure. And if i remember right it has slightly mismatched bobbins but i’m not sure about this, either; i need to check again.

My approach was swapping the thin ceramic magnet with a roughcast alnico 2 magnet, first. So i took everything out, got the magnet out and put alnico 2 in it. Before that i need to say i had bought magnets charged but when they had arrived, i charged again. So they were fully charged when they are within their new “home”.  There were huge wax potted residuals within the humbucker and i took some of them out. Neverthless wax issue was not as terrible as the situation with the Epiphone pickups. They are truely a mass of wax potting. 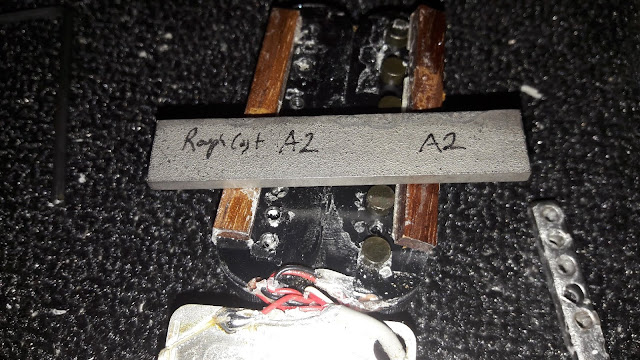 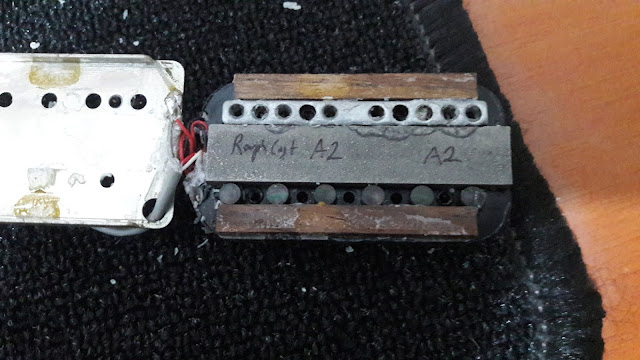 While reassembling everything up, instead of original hex screws, i used PAF type screw pole pieces from my old Seymour Duncans to rounding the sound. 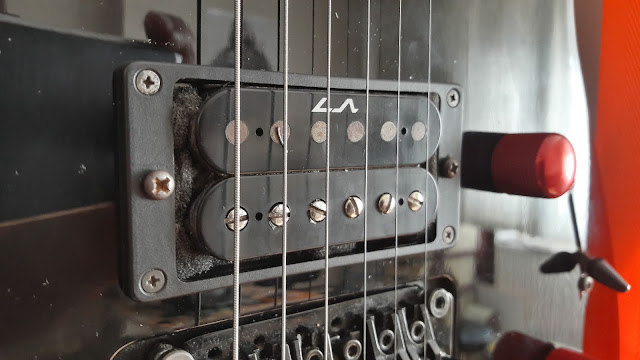 Result? I adore the pickup which i never liked in the neck, when it is on the bridge position after its modifications. Yep, it’s still not the best bridge pickup ever but it has right attitude now. Before that i did very similar operation to Ibanez V1 theoritically very similar to V7 and alnico2 modified V1 has “Browner” tone in the manner of EVH tones in the bridge position. Modified V7 is not as Brown as modified V1. The best aspect is the sweet mid frequencies with that humbucker especially when you play hi-gain Marshall tones. Well balanced and never goes harshy. Basses are not tight, you know, it has A2 yet clear which is good. Moreover they are not as loose and spongy as, let’s say, Seymour Duncan Custom Custom (which i like pickup, too). High frequencies are round and clear. Tapping and legatos are very nice to swing. It’s not a single coil pickup but picking dynamics are very well.

By the way, new V7 is paired very well with the Gibson 490T. 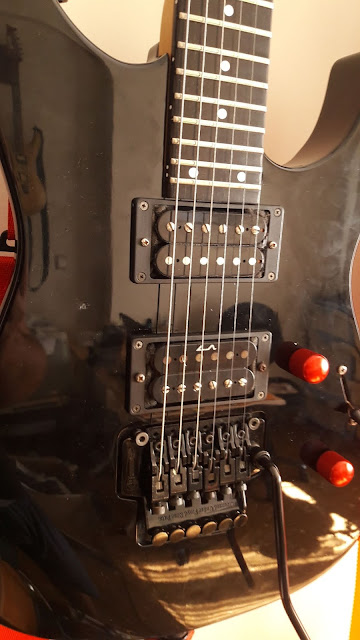