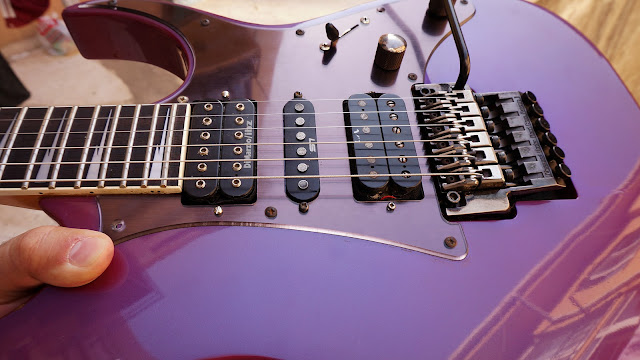 Achieving exeptional sounds by modifying the pickups teirselves is fun. It’s relatively cheap and not as hard as most of you may worry. Naturally, the first rule of those humbucker modification is understanding the basics of the pickups; how does a pickup works, what kind of magnets can be used, what are the roles of inductance, capacitance and resistance, what importance does the material of baseplate, magnet type, strenght of magnet, pole piece etc. Well, it’s not necessary to be a rocket science professor about it but good information will not hurt anyone, right?

I’ll tell you the my aim on modifing those Dimarzio/IBZ and V1 first. My RG550 had V7 and V8 humbuckers on and i really don’t like them. Buying a brand new pair of humbuckers would save me from work probably but it is not fun at all. Moreover it’s not economic (being thrifty is fine, ladies and germs) and won’t give you the joy of exploring to find something useful. So i’ve considered what i’d got in my hands first and saw those humbuckers. Since i like Dimarzio/IBZ hbs i could use it but i hadn’t got a pair; just neck version. I had also V1 and V2 available. V1 was around 10K and kept it for trying on the bridge position and didn’t want to go on with V2 which reminds me Seymour Duncan JB (not too close but just resembles me, you know). But!!! According to the specs they seemed incompatible with each other; dimarzio is wound aroun 8,5K and had a thick ceramic magnet while V1 is wound 10K and had alnico 5 magnet. How could i maket hem compatible with each other? 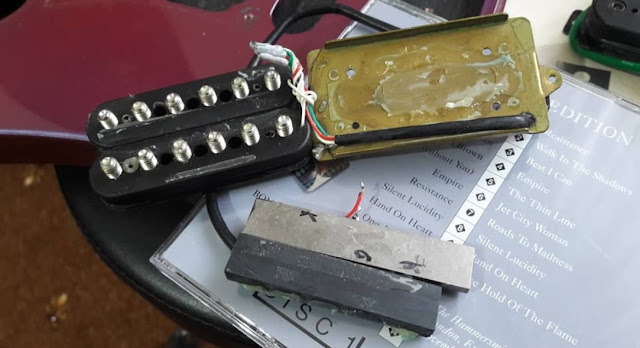 Generally speaking i find Dimarzio/IBZ (shortly Dibz) pickups are very underrated. I see many people swapping their Dibz with aftermarket humbuckers as soon as they got a new guitar. This may be necessary for some certain tastes which is okay but for many player, you know, not required at all. On the other hand, in my situation, modification was necessary because in their original state V1 would be weaker than the Dibz owing to its thick ceramic magnet. Hence i took its ceramic magnet out carefully and placed an Alnico 5 that i’d taken from Seymour Duncan PATB-3. Removing the magnet from Dimarzios are tricky because they tend to glue the magnet with a hot silicone to the baseplate. I used a razor blade knife and it worked. Then placed the A5 magnet in its place and  reassambled the bobbins. You need to mind two issues; i) minding the polarity and ii) since the gap between the bobbins and the baseplate got lower the rise of the pole pieces which you can’t lower from the top because they have not enough hole to get rid off. 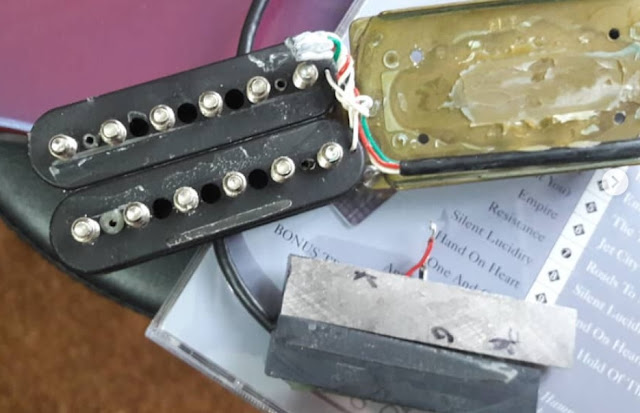 Again generally speaking ibanez has some good stock pickups while some very bad ones like V7 and V8. V1 and V2 are in the good type camp. DC resistance values of V1 is ~10K and V2 is ~15K (they come from my RG570 made in 1991). Because of my naughty symphaty for 10K overwound PAF bridge humbuckers, i always thought that V1 would work very well in the bridge position. And yeah, it worked but not as much as i hoped and i have to admit that’s not the pickups fault, it’s mine. So what does it need a fully charged alnico 2, i thought. With the contribution of A2 magnet, pickup should rise to the “browne tone” level and thats what happened. I’ll tell you briefly “early Eddie Van Halen” :) 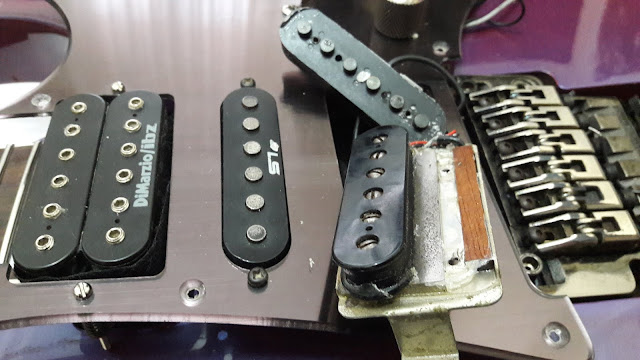 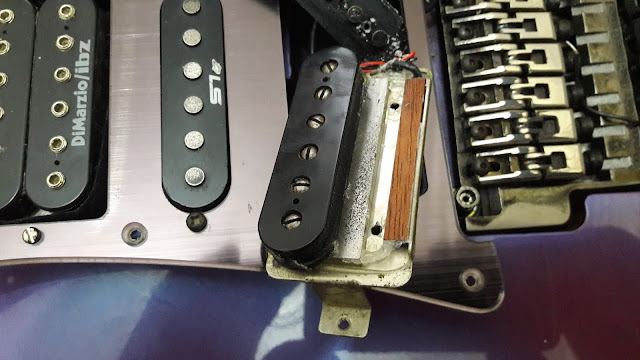 The result is much better than my expectations. Very very nice. Even its split coil sounds are so good, especially 2nd position. 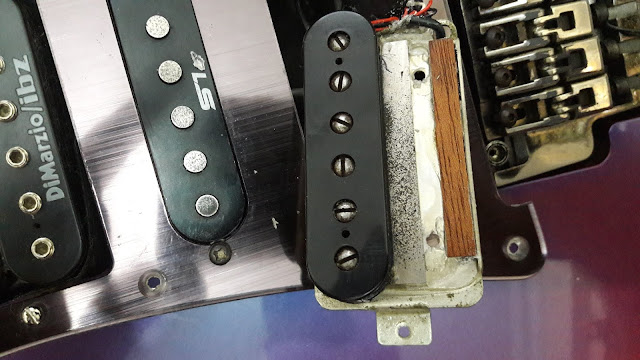 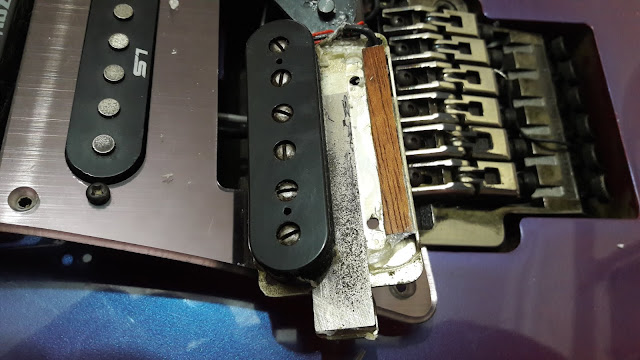 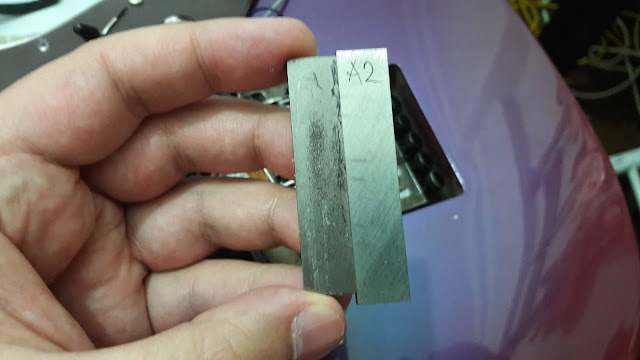