Seymour Duncan is proud to have worked closely with Pantera/Damageplan's Dimebag Darrell in the design of the Dimebucker. And now we're proud to offer the Dimebag Set, which pairs the Dimebucker up with an SH-1 '59 Model for the neck position. According to Dime's tech Grady Champion, Dime used the '59 bridge model in the neck position, rather than going for the dedicated '59 neck model. "I do remember he wanted a neck pickup with a little more bite and gain, so we tried the '59 bridge,” Grady tells us. "He was always trying to squeeze 'a little more gain' out of things. As far as the relationship between the two, for me it's simple, he always enjoyed everything to be 'hot'. Nigel had nothing on Dime: if he wanted 11, Dime needed 15. The '59 has an edge on it for the bluesy neck position, and the Dimebucker has such an attack with it that cuts through."

The Dimebucker uses a powerful ceramic magnet coupled with stainless steel blades for vulgar attitude. The secret to the Dimebucker's hard-hitting crunch is the small amount of metal mass in the core of the pickup. This allows the Dimebucker to have both high d.c. resistance (16.25k ohms ) and a high resonant peak (5.1k Hz). The result is a pickup with lots of biting treble, punchy bass, immense clarity and eyebrow raising squeal harmonics. With such enormous power it requires a neck pickup that can provide an equal compliment of balance and versatility. The new Dime set comes with a Dimebucker bridge and a '59 bridge for the neck, which is what Dime preferred as the companion to the Dimebucker. The '59 provides a tone that is warm and smooth and the use of the bridge version in the neck gives increased output for a better balance with the Dimebucker. 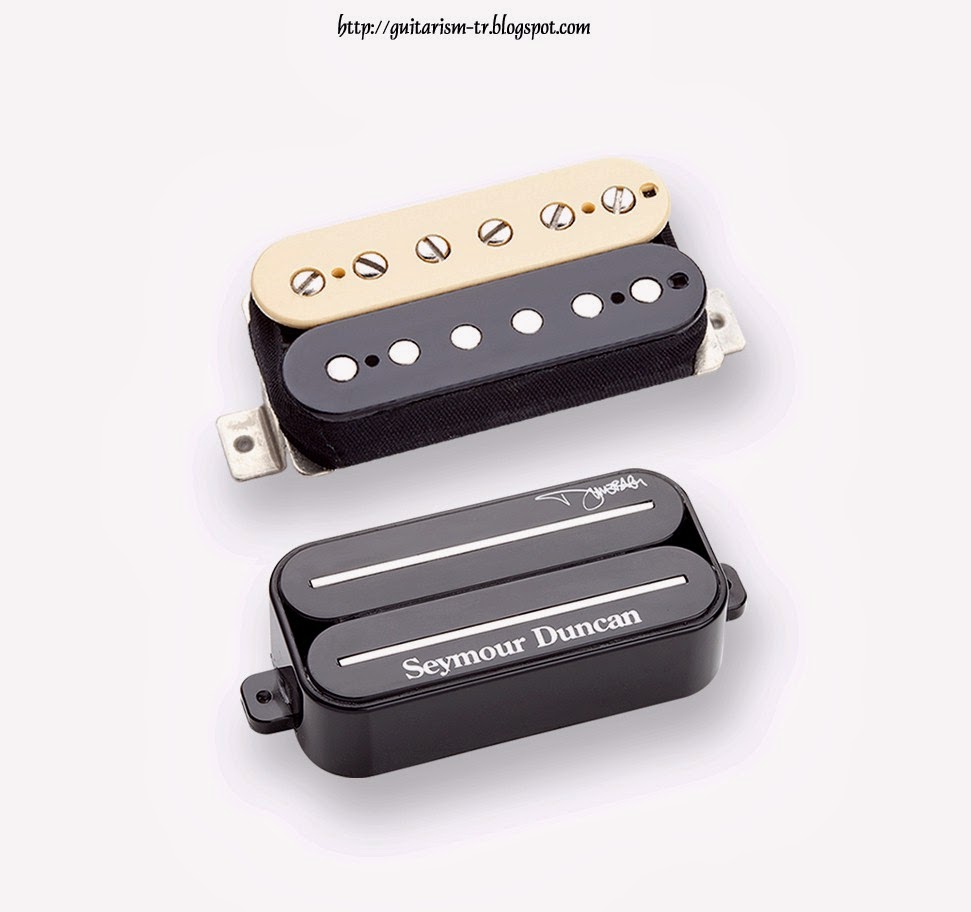 In a 2004 interview, Dimebag described the tone of the Dimebucker: "It's very saturated–not to the point where it's overly fuzzy–but it has a smooth and crunchy distortion tone. It will give you some extra gain, but it won't go so far that your sound breaks up and is going crazy. You get that warm tone with the distortion mixed in and it has the low end that's kicking you in the butt while the top end is cutting your face off in the right way, but not ripping your face off.  If you ever listen to a Pantera record, that's what you'll hear through this pickup.” –Dimebag Darrell
Etiketler: '59 bridge 59 Dimebag Darrell Dimebucker PAF Seymour Duncan Southern The Dimebag Set Thrash