That's one of my personal favourites from Seymour Duncan line (except custom shop models). For unfamiliar with PAF humbuckers, let's mention about PAFs first.

We should begin with a humble history literature of the Gibson Company. In the mid 50s, Gibson was one of the most significant electric guitar maker along with Fender. Both companies have their own pickups; Gibson has mighty P-90s and Fender has Tele or Strat singles. All were great but, on the other hand, both pickups have annoying 60 cycle noise named "hum". So that the name of the competition was "noiseless pickups". One of the engineers of Gibson actually did this. Seth Lover (R.I.P.) solved that problem and that was how PAFs had born. Common grounds of PAF pickups are;

-) Can have different grades of Alnico magnets from Alnico II to Alnico V
-) Have DC Resistance values between 7K to 9K because of inconsistent production
-) Wound with #42 AWG bobbin wire with plain enamel insulation
-) Unpotted/unwaxed
-) Have bobbins colored in double black, double cream or zebra
(For more information about PAF pickups, please click here) 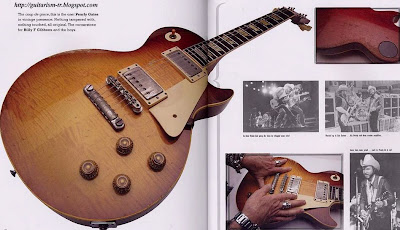 This is the "Pearly" of Billy Gibbons 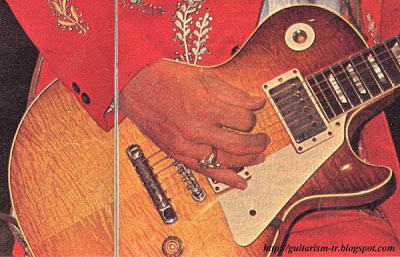 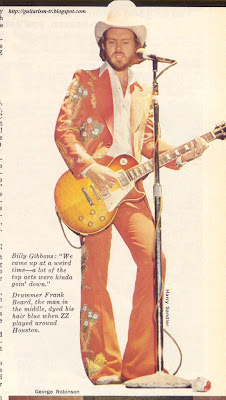 So, if you hear someone says "this is a PAF clone", we should ask which kind of PAF it was because there is no certain PAF clone type of thing. Anyway, this humbuckers are A2 PAF clones, too. But they are exact PAF clones of ZZ Tops Billy Gibbons Les Paul named "Pearly" (you can see the actual photos of Pearly upside). The story of his "Pearly" is told as; Mr. Gibbons loves his lovely and matchless Les Paul. But time passes, those unique LP guitars get too precious to have them on long tours. Furthermore there are plenty of  risks to be stolen or be damaged on tours, etc. So, Billy Gibbons goes to Seymour Duncan to replicate the exact pickups of his "Pearly" so that Mr.Gibbons can put them on his newer Les Pauls. Mr.Duncan gets precise research and finally "eureka", he shouts! The job is done and the result of that project is what we call "Pearly Gates (SH-PG1)" now. Praise the Lord, he did, so that we can get excellent tones :) 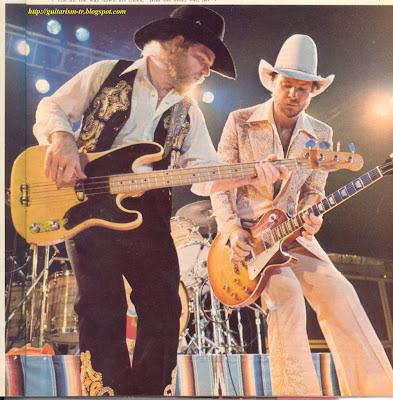 After the history part, let's see the techical specs; 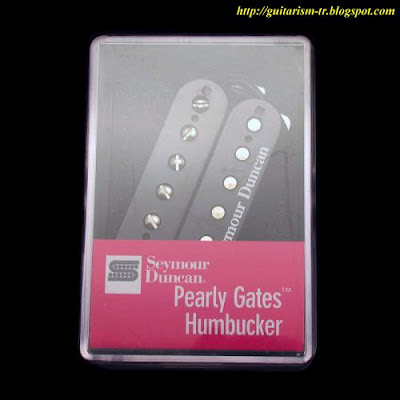 Well, first of all, consider this humbucker as an A2 PAF clone. What does it mean? Pearly Gates has lots of round and spongy basses which are never as tight as '59 with alnico V magnet in, lots of soft low mids, plenty of detailed trebles which are not too harsh. It is, actually, clear and un-muddy humbucker. But the key factor lies on its hi-mid frequencies comparing many A2 PAF clones. That's where the beauty of "Pearly Gates" lies. PG, has screaming/pronounced hi-mid character acts like it has alnico V magnet. Anyway, think about nasal brown sound of ZZ Tops "Brown Sugar".

It is possible to achieve that tone with Pearly Gates. We should also remind Dickey Betts, Warren Haynes and Joe Satriani as other users of PG. 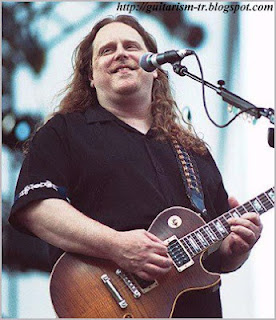 Look carefully to the humbuckers on the guitar Joe Satriani plays on "Crush of Love". This guitar is named as "Pearly", too and it is believed that this guitar had loaded with Pearly Gates set so that it's called "Pearly".

It is so ideal from texas blues to heavy rock, from blues to jazz/fusion stuff. It is categorized as "vintage output humbucker" but PG set has more power. Moreover, with Pearly Gates, it is easy to cut through any mix, just as JB or Rio Grande humbuckers etc. but the better aspect than JB or anything overwound like that is that you can rid off those pronounced mid structure via volume/tone pot manipulations instead of living with inevitable nasal sound and some muddiness issues happens usually with overwound humbuckers. As a note, official website says 8,35K but my actual readings are pretty lower than that: 8,17K. For neck, it is warmer and clearer than the bridge version. It never goes muddy with my Hantug Titania. Once again, official website says 7,3K but my readings are, again, lower than that; 7,08K. Screamy but not as much as bridge version.


I must add, this humbuckers are pretty responsive to phrasing and playing manipulations which is great. I hate dull and "whatever you do, i'll sound the same, you moron" humbuckers.

Moreover, PG works excellent with fat strats, too. Just take care of this video; Best suitable combination with PG, IMO, is to set it with relatively stronger single pickups like Texas Specials of Fender. They suit like a glove to me.

As a result, Pearly Gates is great PAF clones that serves impressive on Les Pauls. On the other hand, have balls to make some good noise on stratocasters and guitars so-called "super strats". Pearly Gates set is little bit more expensive than other regular Duncan humbucker line, okay, but much cheaper than some "boutique" humbuckers which Pearly Gates has enough balls to deal with them. Going straightly for the expensive boutique humbuckers instead of trying Seymour Duncan Pearly Gates would be a loss. Don't say you weren't warned ;)

PS: I want to thank Mr.Mehmet Barlo who has introduced PG to me, Scott Olson and Alex Semple from Seymour Duncan for achieving the set.