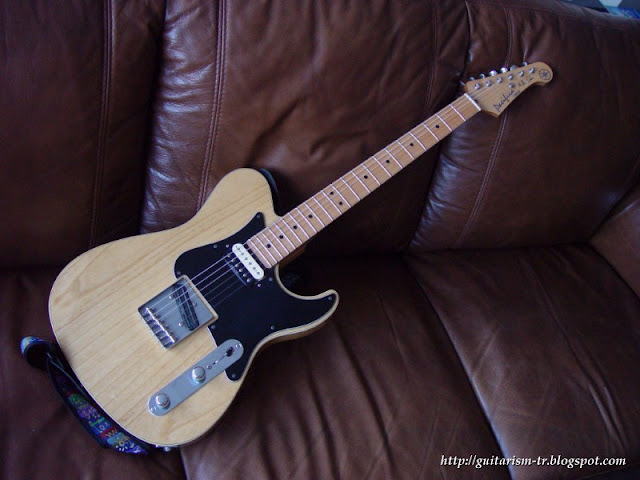 Since I became a Mike Stern fan I’ve always wanted to buy a 1511 MS. I’ve already tried it a couple of times to be sure but I couldn’t spare enough budget. First I’ve bought the Blackstar S1-50 and there were the new pickups for my Ibanez… I’ve been thinking to put the Yamaha in my 2012 budget, then I’ve learned that my friend Ulas from gitarpedal forum is thinking of selling it at a very fair price… 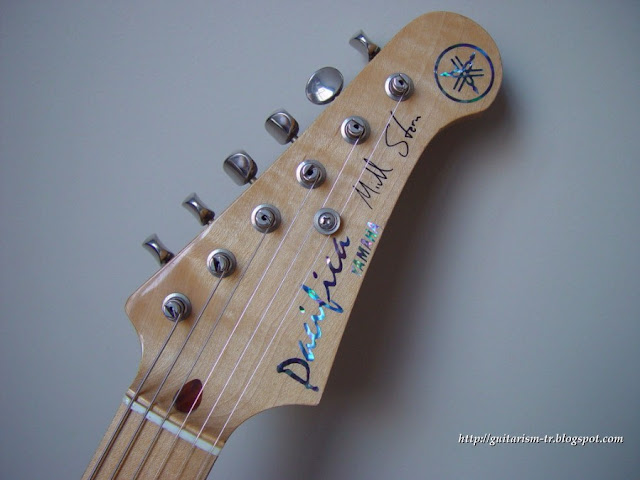 I’m a big Mike Stern fan and that was the main reason for my desire to buy this guitar. I’ve discovered Mike Stern a bit late with the John Coltrane tribute album called “A Guitar Supreme: Giant Steps in Fusion Guitar” (2004). With his performances on “My Favorite Things” and “Equinox” he quickly became one of my favorite guitar players. His sound was the main attraction as well as his phrases. 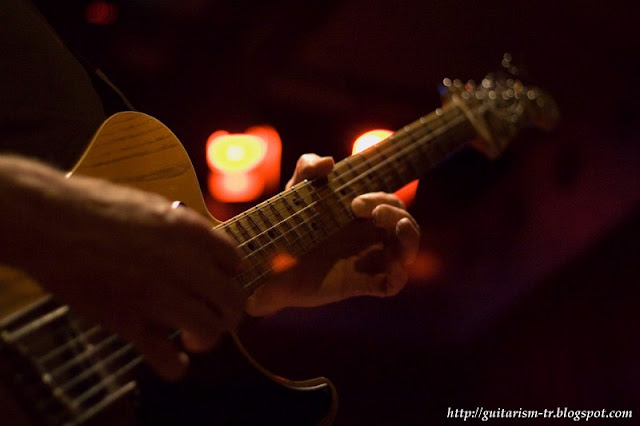 In early days of his career Stern’s main guitar was a hybrid 1950s/1960s Fender Telecaster. Unfortunately this guitar was stolen from him in an armed robbery. This was the basis for a custom-made guitar built by luthier Michael Aronson which has a Telecaster style body with an original 1950's Broadcaster neck. There was a Seymour Duncan humbucker in the neck position (referred as PAF style) and a Bill Lawrence single coil in the bridge. He used this guitar until mid 90’s then he signed an endorsement deal with Yamaha (see the photo of Stern with E.Johnson during the recording sessions of his latest album Big Neighborhood) and his custom tele is in turn the basis for the Yamaha Pacifica 1511MS, the Mike Stern signature model.

Yamaha is first seen on the cover of 1997 album "Give and Take". 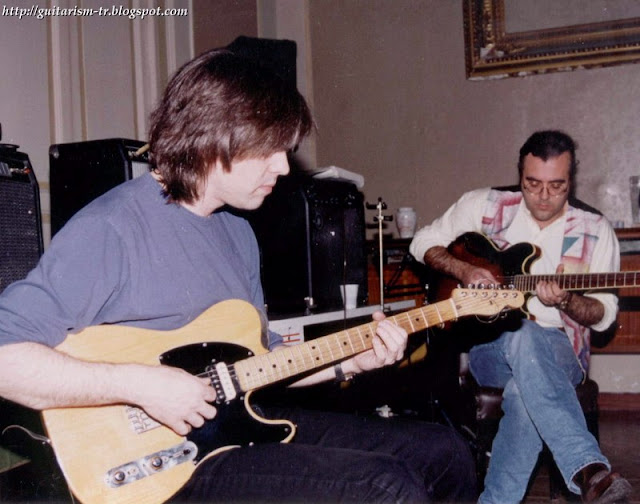 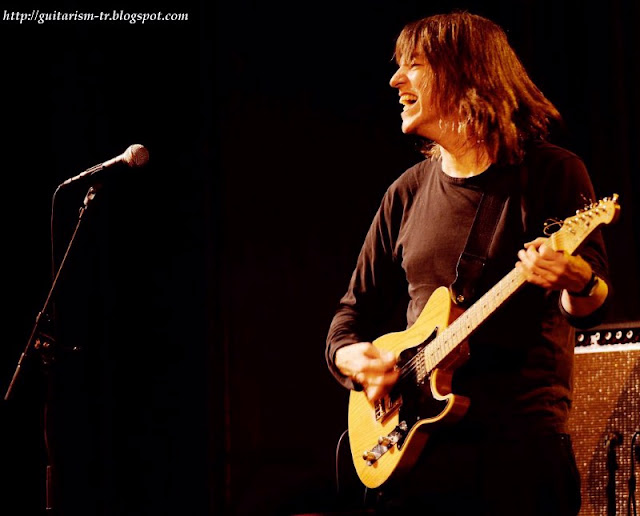 Stern uses a fairly basic setup. I had the chance to see him live this year; his equipment consists of Boss Tuner, Ds-1, Boss Delay pedals, Yamaha rack stereo chorus and two Fender Twin amps for the stereo sound. 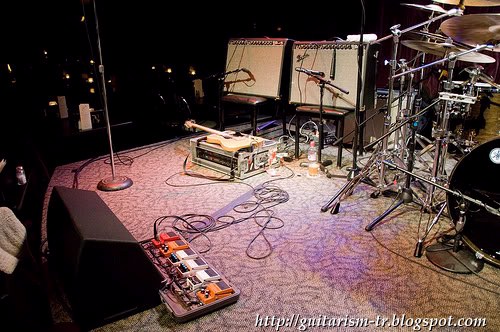 This simplicity reflects on the guitar itself. I can’t claim that it is a pretty guitar but it has (in my opinion) a raw beauty. It does not have too many gadgets on and this makes you focus on your playing. I really liked this simple guitar thing.

I can confidently say that this guitar (mine and all the examples that I had the opportunity to try) is a well-built instrument that deserves its price tag. I can also say that Yamaha generally offers a good quality for money and remain as an underrated brand. 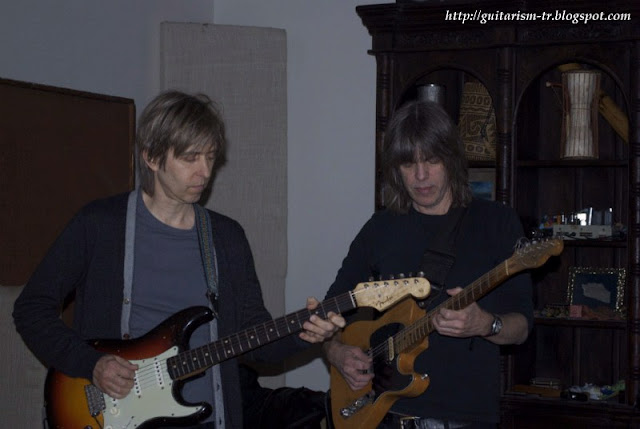 Before buying this guitar I’ve tried two other examples. The first thing that I have noticed is the guitar feels like a one solid piece. No body, no neck, controls or pickups but one single piece. When I’ve checked the serial number I’ve discovered that mine is a 2004 guitar. Although the specifications remained the same throughout the years mine seemed significantly lighter than the ones that I’ve tried in Do-Re Music Store (previous owner Ulas had the same remark) Body is a two piece swamp ash and there is a top with the same wood. You can see the connection of these two pieces on the sides. (See strap pin photo)  Even with its relatively big body the guitar is pleasingly light and this makes it a joy to play. There is a cream binding which looks good. In closer shots you can see some minor imperfections. Seven years old unfinished neck felt comfortable and reassuring. It was a bit strange to skip strings with 7,25" radius  after my Ibanez’s fretboard which was flat like pool table. After a few minutes I loved this feeling, it makes me play differently. Medium jumbo frets are pure joy to play.

This guitar can switch its identity at the hands of a different player. It can cover a large ground from jazz to rock. Its creator Mike Stern is generally known as a jazz player but he is not a straight ahead jazz guitarist. With clean to distorted sounds he is more on the fusion side I believe.  He often says that his roots are rock and blues and you can feel this in his guitar. Neck pickup is dark and mellow. You don’t hear the pick attack very much and that makes you sound smooth. It is criticized to be very dark but it sounds ok to me, and even sometimes my hand reaches out to the tone control to cut the treble.  The mid position is a bit shinier but still mellow. The bridge Hot Rails is a powerful pickup with lots of upper mids. It’s ok for the dirty stuff but I had to tame it with the volume and tone controls for the clean sounds. Volume control is quite good for cleaning the crunch channel of my amp. The bridge material is different than a typical telecaster, it is non-magnetic. That means a clearer and fatter sound. I can say that both pickups and three positions make this guitar very versatile. I’ve read negative reviews about the electronics especially the pickup selector switch, this not case with my guitar. It works perfectly and most importantly there is no noise. 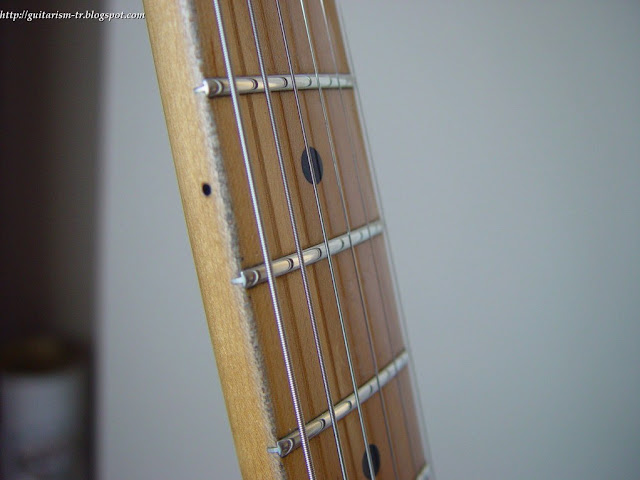 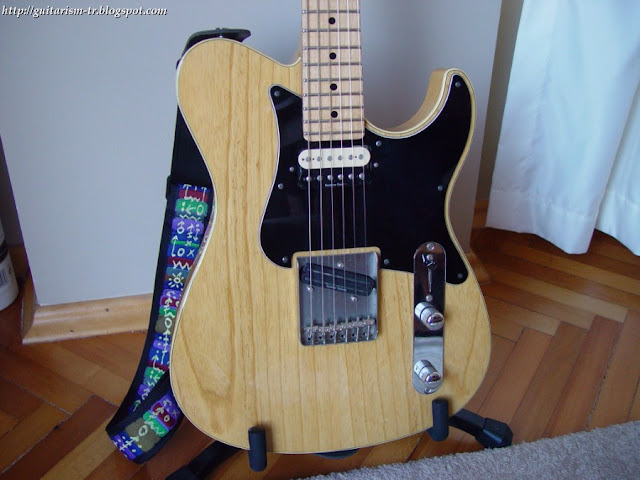 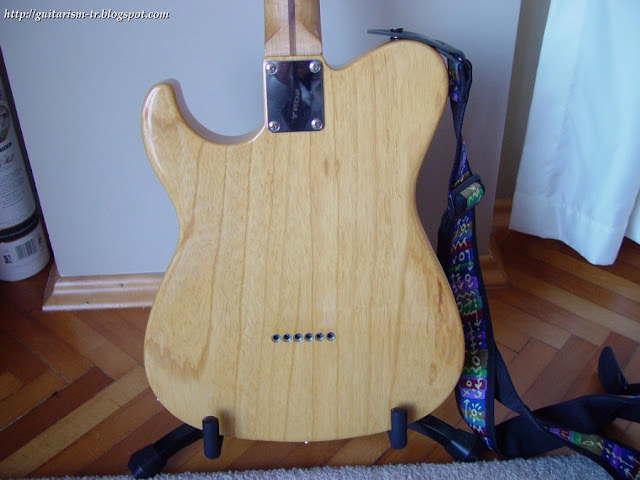 My intention was to buy Mike Stern’s guitar not a Telecaster. Therefore I cannot recommend this guitar to someone looking for a typical Telecaster. But if you are looking for a Tele to modify you have to try this one; quality parts, well built, Seymour Duncan pickups and Made in Japan tag makes it a very strong alternative. 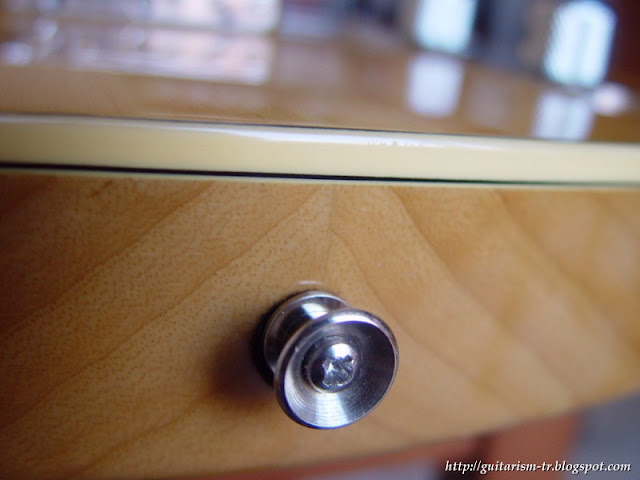 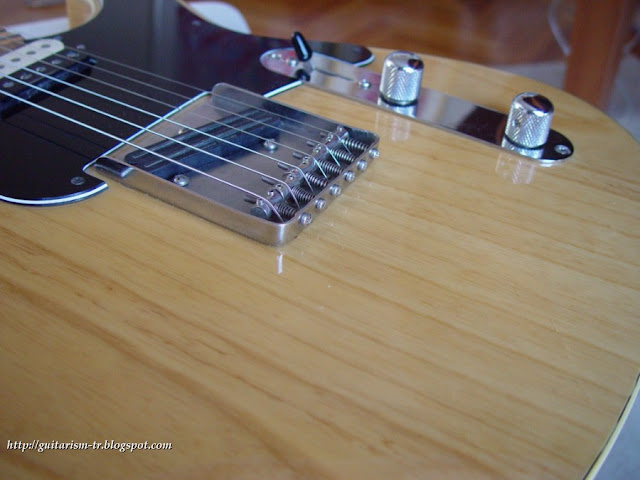 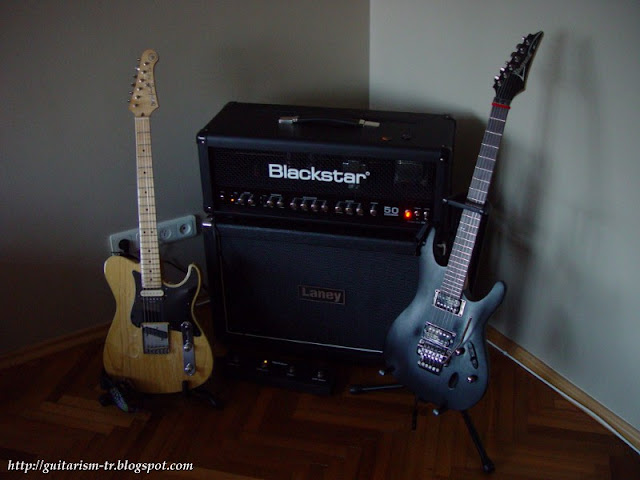 This review has made by Gurkan Ildas. Thanks to him and his wisdom ;)